Understanding How The Kidneys Work

The kidneys are designed to filter the blood in order to remove excess wastes, toxins, and fluid. Each kidney has approximately one million processing units known as “nephrons.” Each nephron has an area called the glomerulus, where the filtering occurs. These glomeruli have the ability to distinguish wastes from vital components of blood, such as proteins.

Proteins are fundamental to our body as they serve in critical roles for our cells, tissues, and organs to function. However, when the glomeruli are not working properly, essential blood components, such as proteins and red blood cells, can leak through the filter and be excreted in the urine. The presence of excess proteins in the urine is called proteinuria and can often present as foamy or “bubbly” urine.

Each day, our kidneys excrete a small amount of a specific protein called Tamm-Horsfall proteins (<150mg/day), which is normal. However, when other proteins (not Tamm-Horsfall proteins) are excreted in the urine, this may be a sign of an underlying disease. Albumin is a specific protein that makes up approximately 50-60% of all proteins in our body, and as a result, is one of the best tests for monitoring protein levels in the urine. Albuminuria is the presence of albumin in urine and can be measured with a simple urine test in your doctor’s office.

Proteinuria can be due to a problem within the nephron, specifically the glomerulus or the proximal tubule. It can also be due to an overproduction of protein in the body.

Hypoalbuminemia (low levels of albumin in the blood) is a result of excess albumin lost through the urine. Low albumin levels in the blood will cause edema (“excess swelling” in the body). Severe proteinuria causes the liver to over-produce proteins to replenish the proteins that are lost. This over-production also includes building lipids (fat, cholesterol, triglycerides), resulting in hyperlipidemia (high lipid levels), and increased risk of heart disease.

The list of systemic diseases which can affect the glomerulus is very broad and includes genetic diseases, Lupus, Multiple Myeloma, Amyloidosis, HIV, and many more.

Proteinuria is a concerning sign for underlying disease and should be investigated. At The Kidney and Hypertension Center, we provide consultation and ongoing care for the prevention and treatment of kidney-related diseases. Schedule your appointment today! 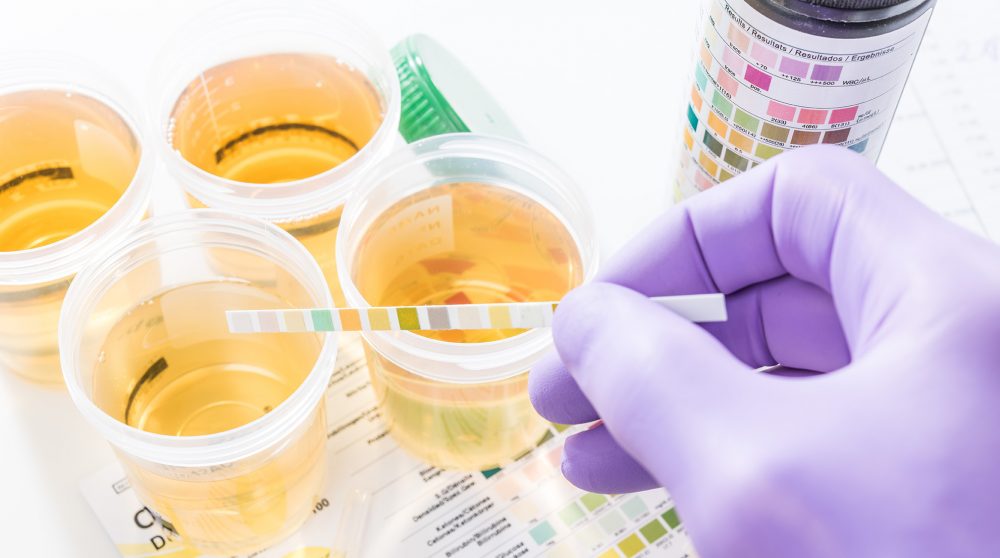